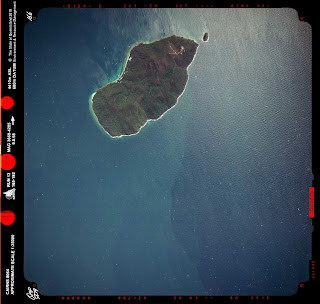 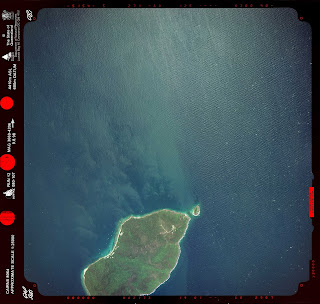 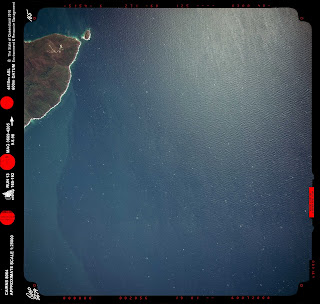 Posted by Queensland Coast at 01:38 No comments:

A caterpillar zoomed over the gravelly ground at what was remarkable speed for such a creature so we followed it.  A few seconds and a couple of metres later, the caterpillar located a sundew and stopped to refuel.  Suddenly the speed of the caterpillar made sense, its food plant is as small as it is and is dispersed across the ground as scattered individuals or small groups of individuals.  I don't know the name of the caterpillar yet, but the sundew is probably Drosera petiolaris, which is common on seasonally dry parts the Great Dividing Range, particularly in the north. This caterpillar was observed near Chillagoe.

Searching for insects that eat Drosera revealed a moth in Florida that eats sundews, however this moth looks like a mosquito. 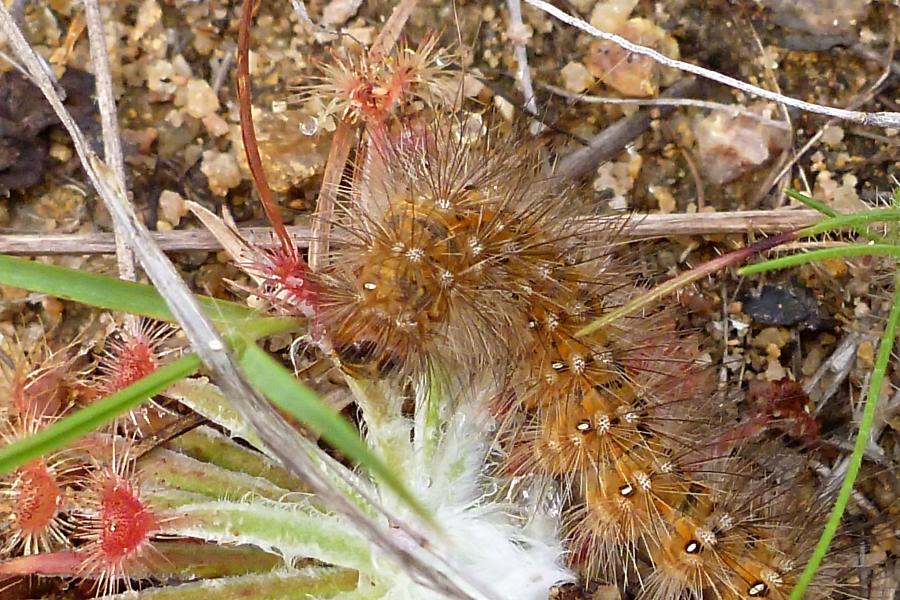 When the caterpillar departs it can be seen that the younger sticky traps have been eaten. I would be fascinating to track one of the caterpillars and see what their navigation strategy would be, as they forage in grassland for a widely dispersed and low value food source.  The caterpillars can't afford to go around in circles.
Posted by Queensland Coast at 18:58 No comments: